Bas van den Hurk, one of the tutors of the AKV / St. Joost MFA , is having his solo exhibition at the Hopstreet Gallery in Brussels.

The title of the exhibition stems from the Coolio song featuring 40 Thevz ‘See You When You Get There’, which is based on Johann Pachelbel’s Canon in D Major. It was released in 1997 as the first single from the album My Soul. For Van den Hurk the title refers to the possibility of organising along lines of sensibilities and becoming each other’s witnesses. “I guess, I’ll see you when you see me” sings Coolio at the end; this experience of breaking open a dimension which would not be accessible if it was not possible to share a reality by becoming mutual witnesses, a dimension that is only accessible through a caesura in time and understanding, is at the core of his practice. 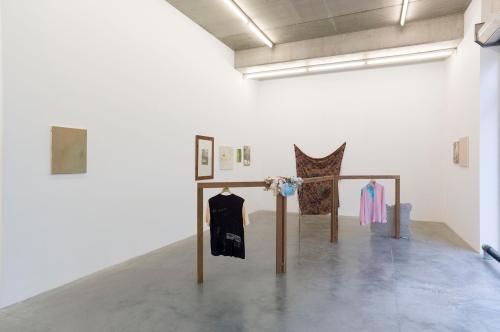